4. Bugs fix: Here is the list of main fixed bugs/adjustments.

Orin, he who is silenced. 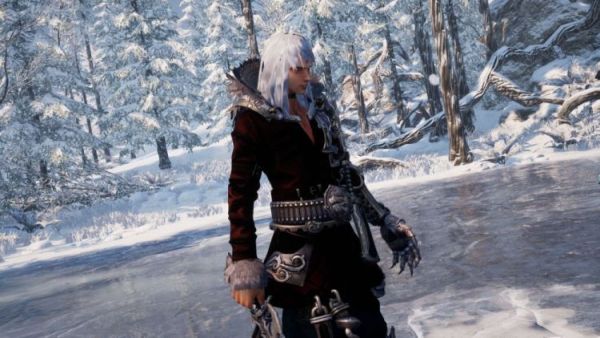 Orin was born in the Aki family, aristocratic Shirazs that were tightly bound to the service of Kazim, ruler of the northern kingdoms.
His father, Tarund Aki, was a stern man who never displayed any kind of appreciation towards his son. Like many others of his rank, he had been ordered by Kazim to wed a human spouse in order to try to father a child of Fate – a future Watcher. And like many others, he succeeded.

The kids that were born this way didn’t have a name for the first twenty years of their lives. They formed a coalition of strictly trained warriors, children fighters educated to reach excellency in all domains. Young or old, these units were called the Heralds of Dis. The Heralds were nameless ghosts under the direct orders of Kazim, and carried out his wishes with flawless efficiency. Bribery, poisoning and espionage for the youngest; diplomacy, direct murder and raids for the older ones.

The son of Tarund received an especially spartan schooling: his father didn’t tolerate failure or mistakes, and each misstep was punished by a cruel flogging. His child learned to strive for perfection as his body grew covered in scars. When he failed his first assassination, Tarund cut his left arm and waited for one full year before replacing it with a manasteel prosthesis.
To this day, the magical artifact still reacts to Orin’s Shiraz blood and burns his flesh – but his human heritage prevents the metal from killing him. 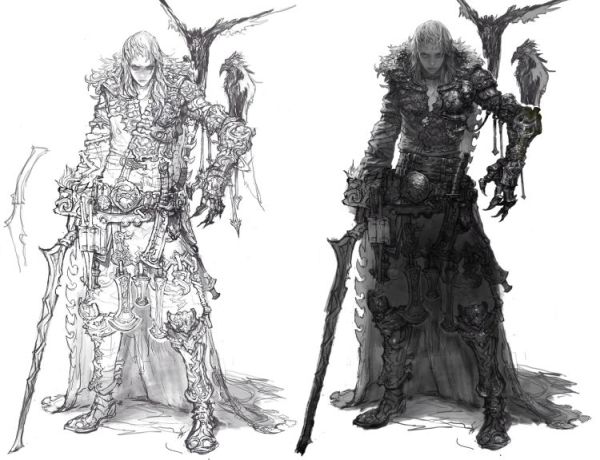 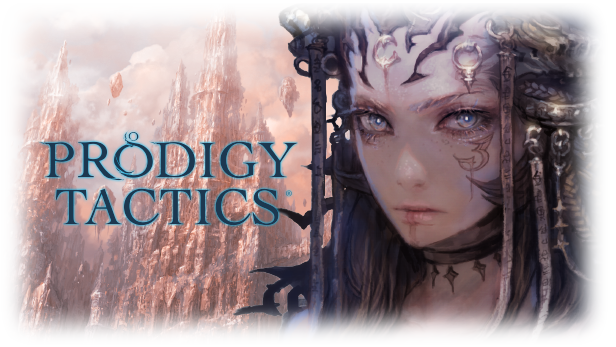 In the world of Thasys, most races rely on Mana to survive. This magical energy is now growing scarce, and wars for survival are devastating the lands as magical beings fight over the last remaining scraps of this life-giving force. Somewhere, legendary creatures sleep an ageless slumber, hiding in their hearts the original Mana source. Only a few chosen ones can awaken these Creatures and guide them to save Thasys. They are the witnesses of a dying world, the last hope for the living.
They are the PRODIGIES.

Prodigy Tactics is a tactical turn-based game set in a fantastic world of Thasys, torn in a never ending war. Create a team of heroes, the last hope for the dying world, and lead them to the victory fighting hand in hand with powerful Guardians. Every character is equipped with a unique set of abilities to aid allies in the battle or to vanquish their foes.

Battles in Prodigy Tactics consists of two teams facing each other on a classic arena. Each team can move freely on a 3×4 squares field, adjusting their tactic to the synergy of characters. While one side is preparing an attack, the other one sets the defense or counter-attack – making the game dynamic and engaging for both players at the time. Positioning becomes a key-component of the fights, as it can change the current target and affects the attack power.

There are two powerful forces in the Prodigy world: Harmony and Dissonance. Each one can be used by the Watchers and both bring the new quality to the battlefield.
Harmony brings balance and aids team in the battle, allowing them to gain power to cast their special abilities. At the end of the turn, if the Hero acts in Harmony, it creates a square filled with Mana.
Dissonance is a powerful and unpredictable force. It fills the creature using it with enormous power capable of destroying even the strongest foes…. But this force comes with a great responsibility as Dissonance is unstable. Beware, this force used without a proper caution leads to chaos.